There’s nothing better than getting lost among the shelves of a used book store, especially if it has over “18 miles of books”. Strand Books, located in the East Village of Manhattan, trumps all big-box bookstore chains. While a certain Goliath bookstore has closed three(!) NYC locations in recent years, Strand Books proudly stands as the last survivor of Book Row.

The Strand's original location in 1938.

Book Row, running along Fourth Avenue below Union Square, comprised as many as three dozen bookshops at one time. Strand Books originally started out as a small shop opened up by Benjamin Bass in 1927. With only $300 cash and a $300 loan, Bass offered up his personal book collection to initially stock his store; the cash register was an old cigar box. 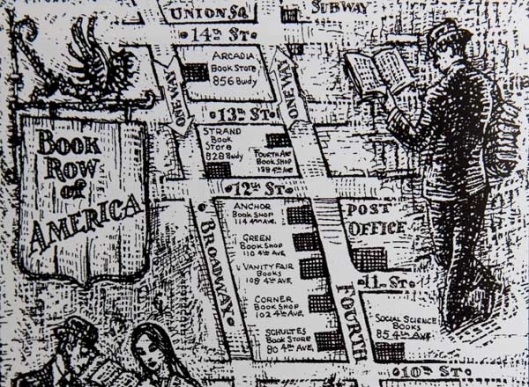 Bass’ son, Fred, started working at the store when he was thirteen and took over operations in 1956. The business struggled in its early years and their landlord was generous enough to give them rent breaks. During that time, Union Square was considered a dangerous park to walk through, and Patti Smith used to work in the book store’s basement. 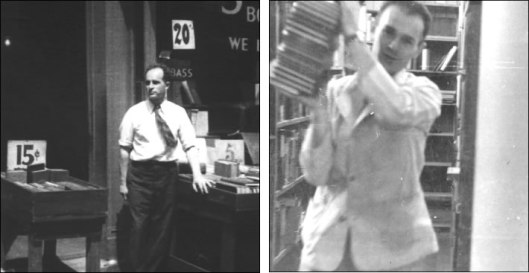 The store moved to Broadway and 12th Street shortly after it lost its lease when the landlord passed away in 1958. After forty years of renting, the Bass family purchased the building in 1997 for $8.2 million. Since then, an elevator and air conditioning has been installed (the days of sweating profusely while browsing through the shelves on a humid summer day are long gone), and the store now encompasses 55,000 square feet, with additional kiosks in Central Park.

The thing that makes Strand Books so special is that you never know what treasure you might come across as you graze among the rows and tables of books. It might be a popular title offered at a discount, or an out-of-print paperback for a few dollars. Every time you come here, there’s always something different. Unlike other bookstores, many of the salespeople at Strand Books are deeply knowledgeable about various subject matters and are quick to recommend titles that they have personally read.

With the printed word rapidly giving way to the digital age, Strand Books reminds us of the tactile pleasures of picking up a gently used paperback, leafing through its yellowed pages, and wondering what New York soul read this book before you.